Posted on in
Aesthetic

What is CoolSculpting® fat reduction?

Everyone’s relationship with their body fat is different, whether you are embracing it or trying to eliminate it, it’s hard to deny the cultural obsession with body image. Diet and exercise have always been the go to for those looking to eliminate their excess body fat, and if that didn’t work, plastic surgery was always an option. But, liposuction is quite costly and requires time to recover.

But, with the introduction of non-invasive fat-reduction procedures, such as CoolSculpting, people are able to eliminate fat cells in designated areas on their body without any recovery or down time. Not surprisingly, as CoolSculpting grew in popularity, liposuction surgery began to decline, even though it is still one of the top cosmetic surgeries completed in North America, there has been roughly a 30% reduction in procedures since the early 2000s.

What is CoolSculpting® fat reduction?

CoolSculpting is a procedure for reducing the amount of fat in a particular part of the body without using medication or an invasive process. The procedure does not involve using needles, incisions on the treatment area, nor does the patient require anesthesia. CoolSculpting is formed and established on the principle of freezing the subcutaneous fat to the extent that the fat cells break down and get absorbed by the body as a result of the effects of the cooling.

CoolSculpting fat reduction is a non-invasive procedure that has proven to be effective for getting rid of the fat immediately underneath the skin, known as the subcutaneous fat. It usually produces the desired results by reducing the fat in the area of focus of treatment. The treatment or method originated from cryolipolysis, which breaks down fatty tissue from the cellular response to extreme cold.

Some parts of the body usually have more subcutaneous fat than other areas, these areas include the arms, chin, upper and lower abdomen, flanks, inner and outer thighs, back and bra fat, and underneath the buttocks.

CoolSculpting takes advantage of the natural response of the cells to cold by being broken down, fatty cells die without affecting other tissues after continued exposure to extreme cold. Multiple treatments may be needed until the desired level of fat removal is achieved.

It should be reiterated that CoolSculpting does not involve a surgical process or medication. The procedure does not cause any discomfort and it has high success rates, reducing about 20-80 percent of fat in the targeted area.

If diet and exercise hasn’t helped eliminate fat in targeted areas, give CoolSculpting a try. To book a no obligation consultation, call Silverado Aesthetic Clinic 403-873-8999 today!

Who should not have the CoolSculpting® procedure?

CoolSculpting is arguably the best non-invasive aesthetic treatment adopted for effective fat cell removal in certain parts of the body. The method uses extremely cold temperatures to break down fat in the body without affecting any tissues around the treated area. CoolSculpting is a non-invasive procedure based on cryolipolysis technology, and it is best suited for removing stubborn fat without leaving scars or requiring recovery time.

CoolSculpting is not an alternative to losing weight, it helps reduce excess fat in hard to target areas of the body. Even though CoolSculpting has been proven to be a safe treatment option, it is not suitable for everybody. Some individuals should not opt for CoolSculpting treatments to get rid of stubborn body fat.

Who should not have the CoolSculpting® procedure?

As mentioned above, CoolSculpting is not a weight loss treatment, it is intended to eliminate smaller pockets of fat that have proven difficult to lose with diet and exercise alone. If you are considering CoolSculpting as a weight loss treatment, this is not the right procedure for you.
Other individuals that should not be undergoing CoolSculpting treatments are those who have a weakened immune system, whose bodies cannot handle the extreme cold without resulting in serious medical complications.

The below list outlines those individuals that should not have CoolSculpting treatments.

If you have one or more of the conditions listed above, you should not opt for the CoolSculpting procedure, as there is a possibility of complications or adverse effects. If you have any questions about CoolSculpting or are wondering if the treatment is right for you, book a no obligation consultation at our Silverado Aesthetic Clinic by 403-873-8999 today!

Diet and exercise is a great way to lose weight and tone your body, however in many cases this isn’t enough to get rid of fat in hard to target areas. CoolSculpting is a great option to reduce fat cells in these target areas of your body and knowing how to care for the treated area of your body after having a CoolSculpting treatment will help improve the quality of the results you will get from the procedure. Although CoolSculpting is non-invasive and there is no downtime or real recovery time involved, there are still some aftercare steps you can take to maximize the results.

Below we highlight some important aftercare tips to help boost your results.

Give a gentle massage to the treated areas after your CoolSculpting treatment to improve the results. Massaging the treated spot will cause the frozen fat to be broken down faster and promote the activities of the lymphatic system to get rid of the dead fat cells. The area of the CoolSculpting procedure should be massaged a few times each day for over a week to promote the removal of the dead fat from the body.

Apply a warm compress on the treated area to relieve any pain or cramping after undergoing your CoolSculpting procedure. Warm compresses improve blood circulation and ease discomfort, and can be used to soothe your discomfort.

After CoolSculpting, ensure to stay properly hydrated. Drinking lots of water will help flush out the dead fat cells faster and improve the effects of CoolSculpting.

4. Put on a Compression Garment

Wearing compression garments when feeling discomfort will improve blood flow and lymphatic activities. As a result, you can relieve your discomfort and speed up recovery after having a CoolSculpting procedure.

It is important to stay active and keep moving around after CoolSculpting to improve blood circulation throughout your body. This will enhance the body’s natural healing process and the impact of the procedure will be noticeable sooner. You can also do light exercises like walking and stretching to suppress swelling and relieve pain.

Some people experience slight discomfort and others have some pain after CoolSculpting. If you feel uncomfortable after the procedure, ask your doctor to recommend the appropriate painkiller for you based on your medical record. Some over the counter painkillers such as ibuprofen can also help reduce inflammation. 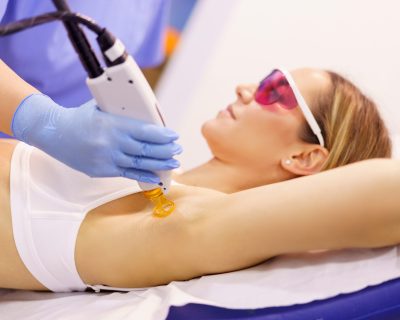 Are you planning to get a laser hair removal? If so, there are things you can do to truly get the best [...]
Read more 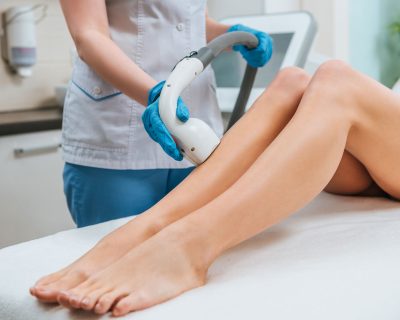 The most common methods for getting rid of unwanted hair includes waxing, plucking, threading, and shaving. [...]
Read more

When it comes to body image, often we can be our own worst critic. When diet and exercise are not quite [...]
Read more 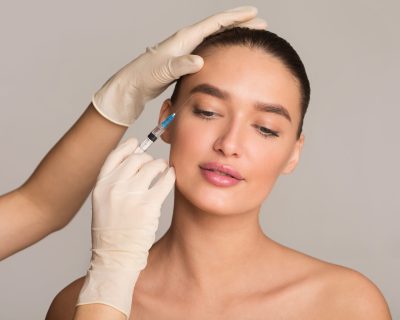 Long Term Cares After Getting A Botox

Botox has proven to be one of the best treatments for reversing the signs of old age made evident by [...]
Read more